New version of DPWS Explorer
Based on JMEDS Framework Beta 10a.

The 8th International Workshop on Service-Oriented Cyber-Physical Systems in Converging Networked Environments (SOCNE) will be held in conjunction with the 19th IEEE International Conference on Emerging Technologies and Factory Automation (ETFA’2014) on September 16th in Barcelona, Spain. As in the past, the workshop is a great opportunity to learn about latest advances in SOAs and ROAs for embedded and cyber-physical systems and to get in touch with researchers and authorities in this field.

We are pleased to announce the final program already:

Posted in Conference | Comments Off on 8th SOCNE Workshop, 16.-19.09 in Barcelona, Spain 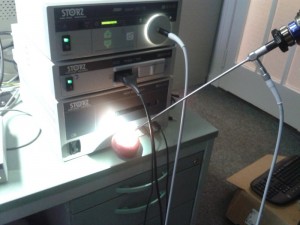 Consider a world where you can assemble a hospital’s operating room just the way you assemble your living room. Imagine that you could buy different medical devices from different vendors, selecting each device due to its functionality, pricing or what ever property you prefer.

The research project OR.NET aims at making this possible by fostering manufacturer-independent networked interconnection of medical devices. OR.NET is funded by the BMBF and comprises more than 50 partners from academia and industry.

WS4D.org and the University of Rostock are participating in OR.NET as well. We are going to show our current results at the CeBIT 2014 from March, 10th till March, 14th. Come and visit us in hall 9, booth A08 to see our networked endoscope.

In cooperation with Karl Storz GmbH & Co. KG and Dr. Klaus Wagner from the Südstadtklinikum Rostock we enriched an existing endoscope with DPWS functionality and thus made in Plug’n’Play-ready. Together with Plug-and-Play-ready devices to measure a patient’s pulse and oxygen saturation we developed earlier, we created a medical dashboard combining the endoscopic images with vital signs – while completely dynamically interconnected. 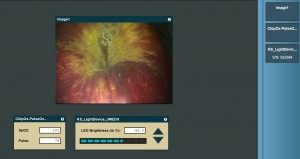 Posted in OR.net, Projects | Comments Off on OR.NET and WS4D.org at CeBIT 2014

New version of DPWS Explorer
Based on JMEDS Framework Beta 10.

Posted in General | Comments Off on New Version of DPWS Explorer (3.10) released!