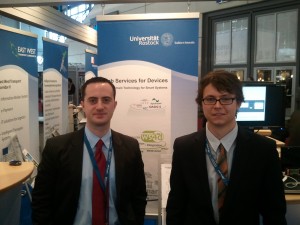 We are pleased to announce that Devices Profile for Web Services (DPWS) Version 1.1 has been approved as an OASIS Standard. The submission of the approved standard can be found at [1].

Congratulations to the OASIS Web Services Discovery and Web Services Devices Profile (WS-DD) TC, and the community of implementers, developers and users who have brought the work successfully to culmination.

With this in mind, keep on working.

Posted in DPWS | Comments Off on DPWS 1.1 becomes an OASIS Standard

The public review started on 2 February 2009, and ends 3 April 2009. More Informationon on the WS-DD public page.

Posted in DPWS, General | Comments Off on Public Review of WS-DD Specifications